Acceptance! 'Cause Tolerance
Alone Will Never Be Enough 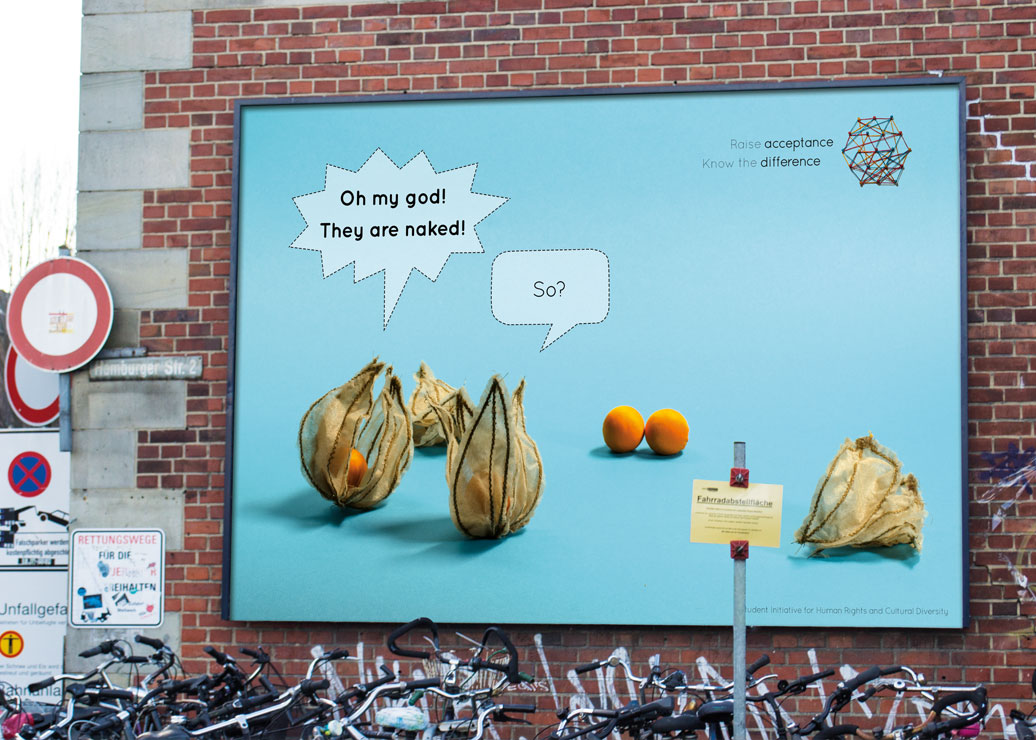 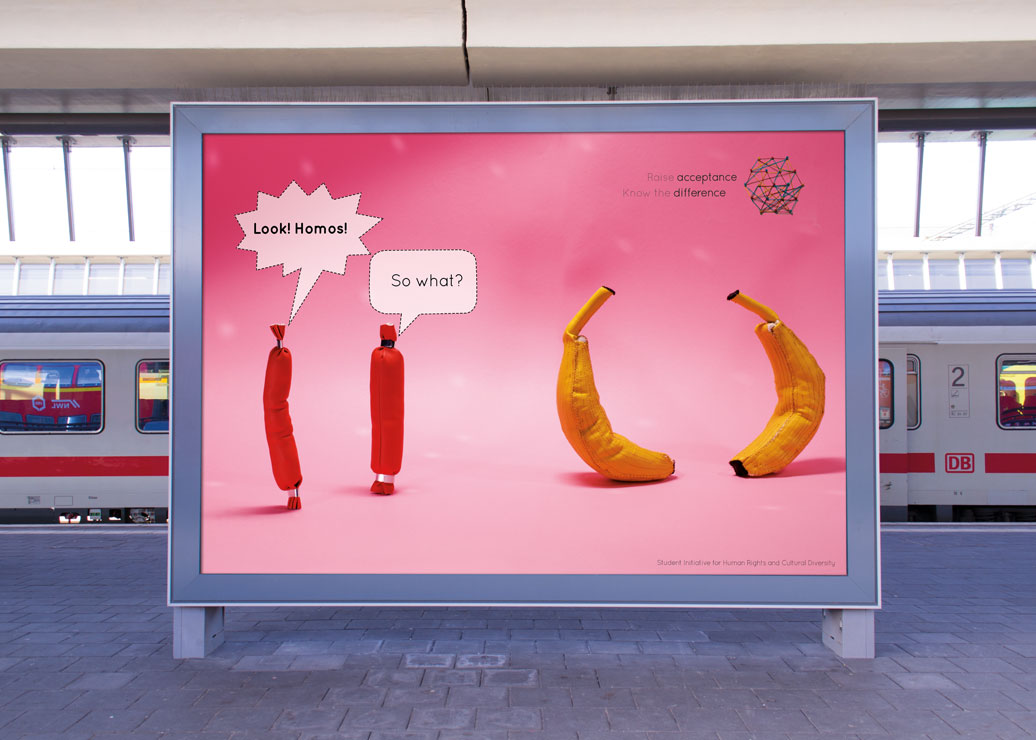 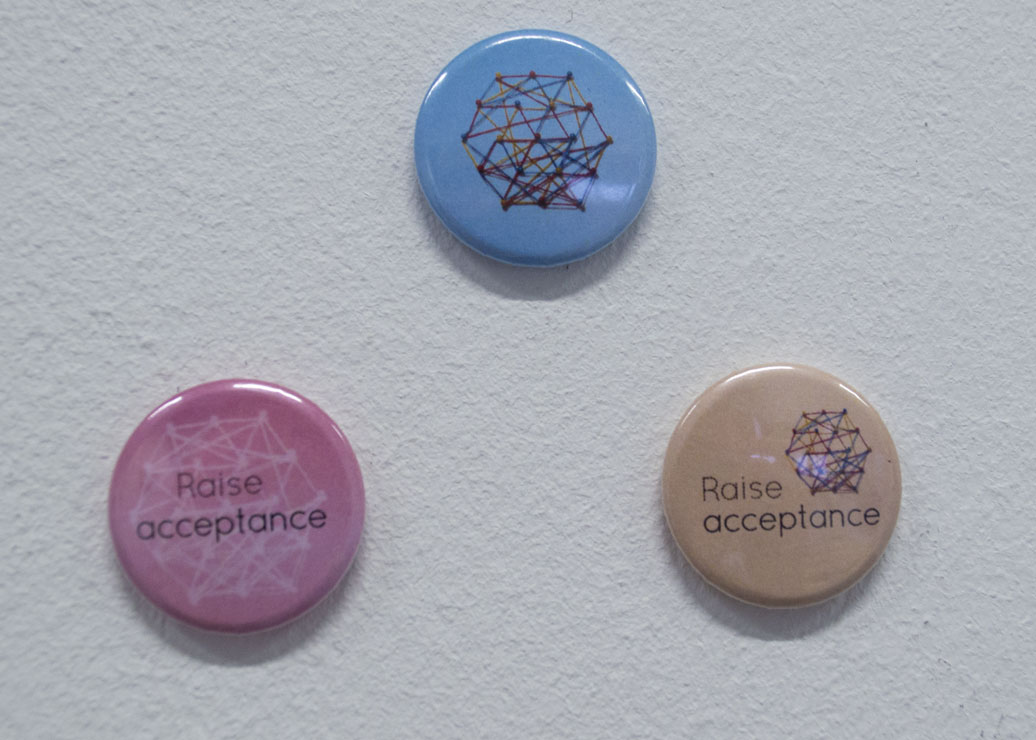 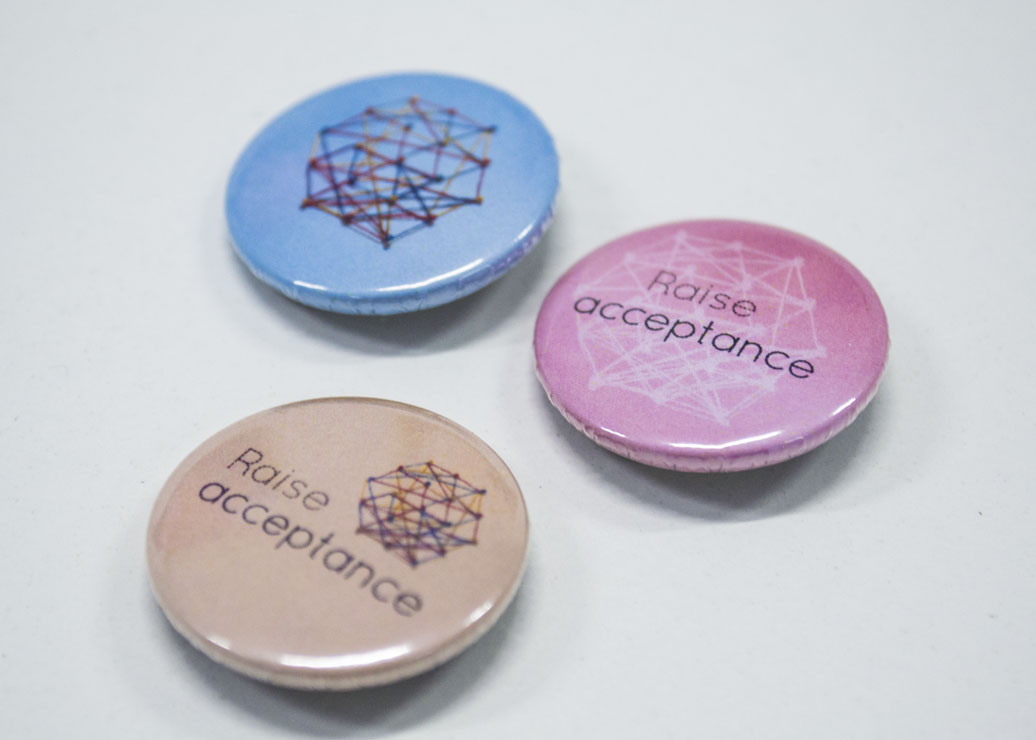 Tolerance und Acceptane are terms which are often used as synonyms. But are they really synonyms? The word meaning makes clear: No, they are not. Tolerance means "forbear" whereas Acceptance means "favour". Living together only is possible through Acceptance. Often you can only see if someone tolerates or accepts the "otherness" of someone else through subordinate clauses like" "I don't have anything against..., but...".
Many people don't even know that there is a difference, which is the cause for segregation and misunderstandings of minorities.
To draw attention to this problem, I established a campaigne for more acceptance in the everyday life of society. It shall show what can be caused through imprudent statements.
Because, even though the whole world is demanding for more tolerance this should not be the goal to reach. Since tolerance is not as desirable as it seems.

The origin of my project was a research about homosexuality with the emphasis on "gay marriage" and "long-term-relationship", as, in Germany, it is still not allowed to properly marry a person with the same sex.
In this context, I was always confronted with the term "tolerance". One day I began to ask myself what this word actually meant, when looking at its word-definition. I looked it up and was confronted with the word "acceptance", the "improvement" of the word "tolerance".
I realised, through this insight, that the decision between "gay marriage" and "long-term-relationship", therefore, was not the central problem here. Plus, it was not what I wanted to deal with any longer in my bachelor thesis. Rather, I realised that, first of all, society should conceive the difference between those two words.
From that time onwards my goal was to show the differences in the simplest and at the same time most memorable way.
At first, I thought about working with real humans as actors, but I soon realised that, through that, I would create stereotypes right from the start, what would be a disaster regarding my topic. When I wanted to show that people should be accepted as they were without the will to change something on them, I soon realised that I had to become more abstract in the implementation.

The result of my work is a campaigne. The main part of the campaign are three different clips regarding the difference between Tolerance and Acceptance.
The clips are shot with the stopmotion-technic. The actors are sewn vegetables, fruits and sausages. Among others I decided to use vegetables and fruits, as the problem between Tolerance and Acceptance is present here as well. Since straight cucumbers are accepted, whereas crooked cucumbers are, in the best case, just tolerated.
My focus while establishing my campaigne lay on different norms of society. I divided the clips in three different categories:
Naturism = societal norms about public behaviour
Homosexuality = societal norms about sexuality
Looks = societal norms about appearance
My goal is to sensitise the people for the fact that Tolerance and Acceptance have two totally different meanings, which becomes clear especially when you are part of the minority which does not fit with societal norms.