Exhibition at the design faculty 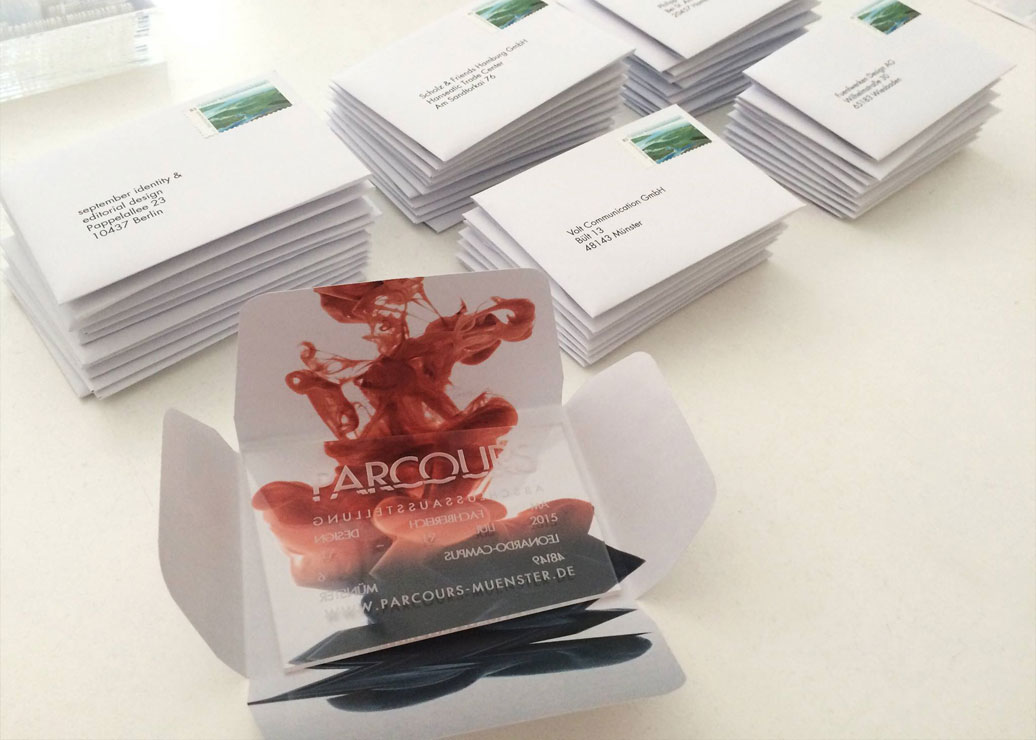 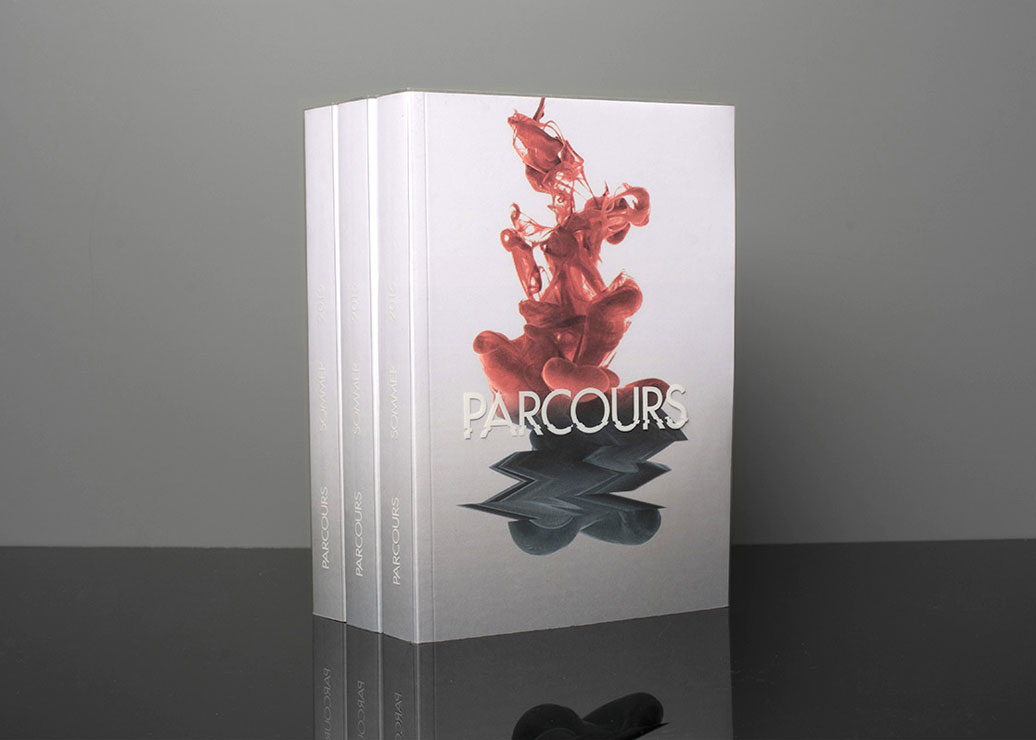 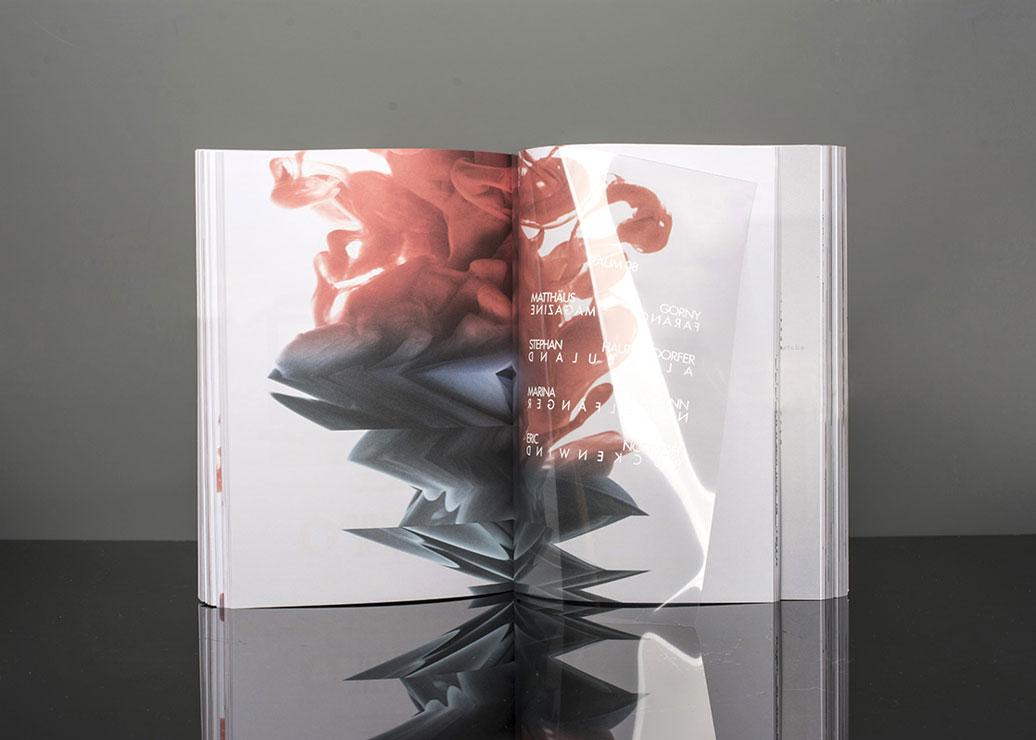 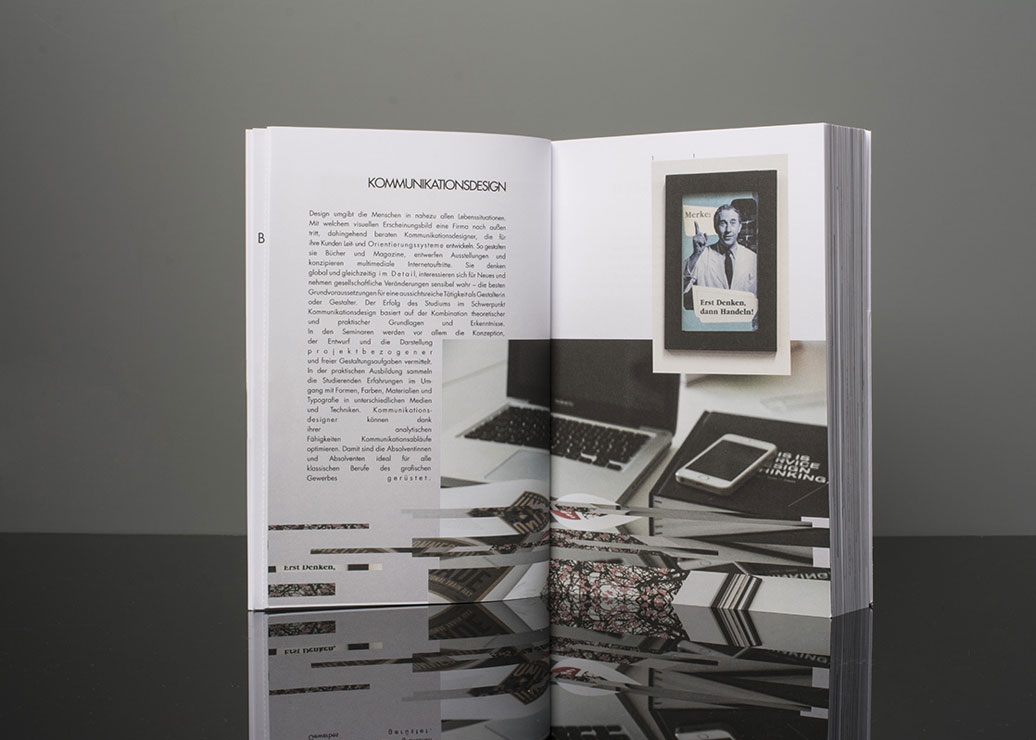 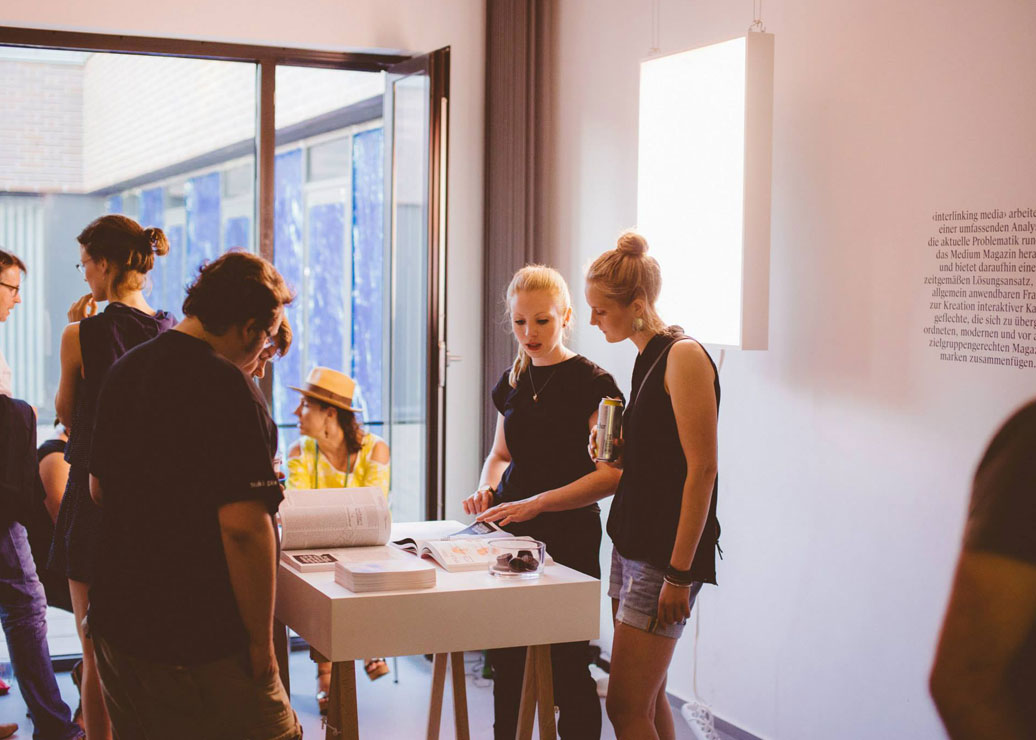 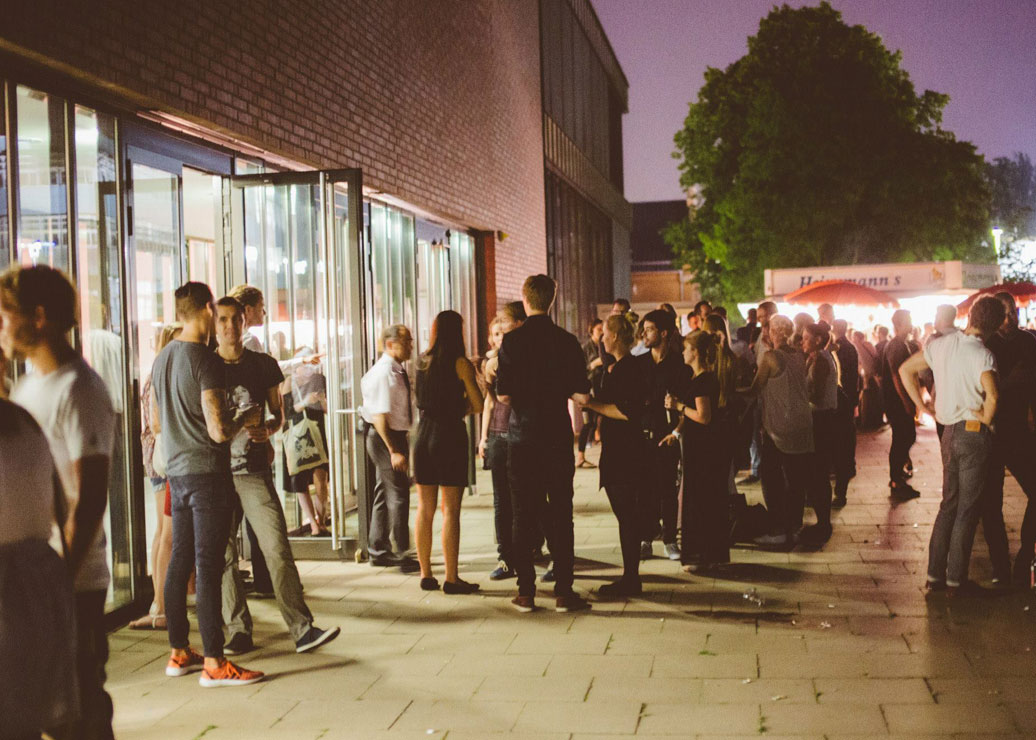 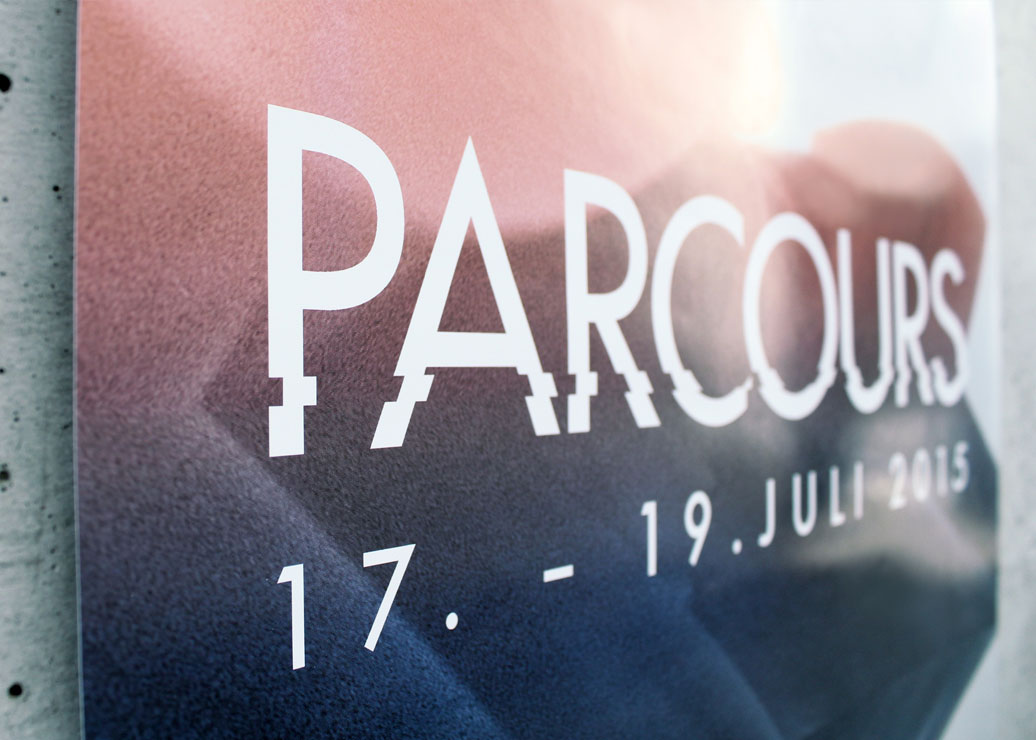 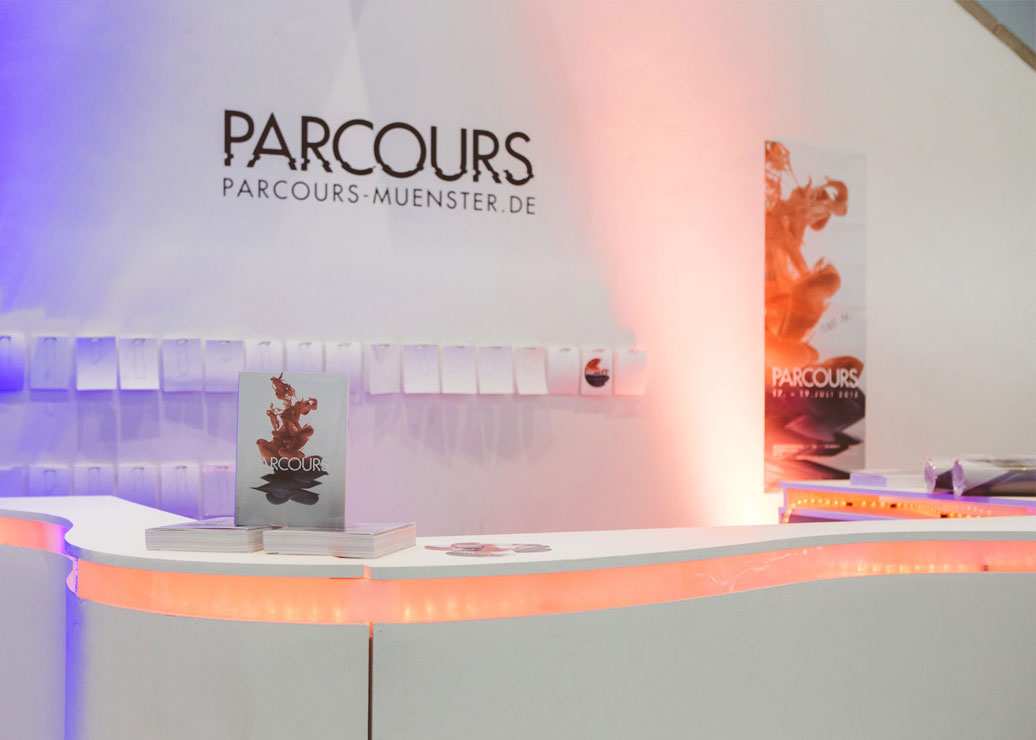 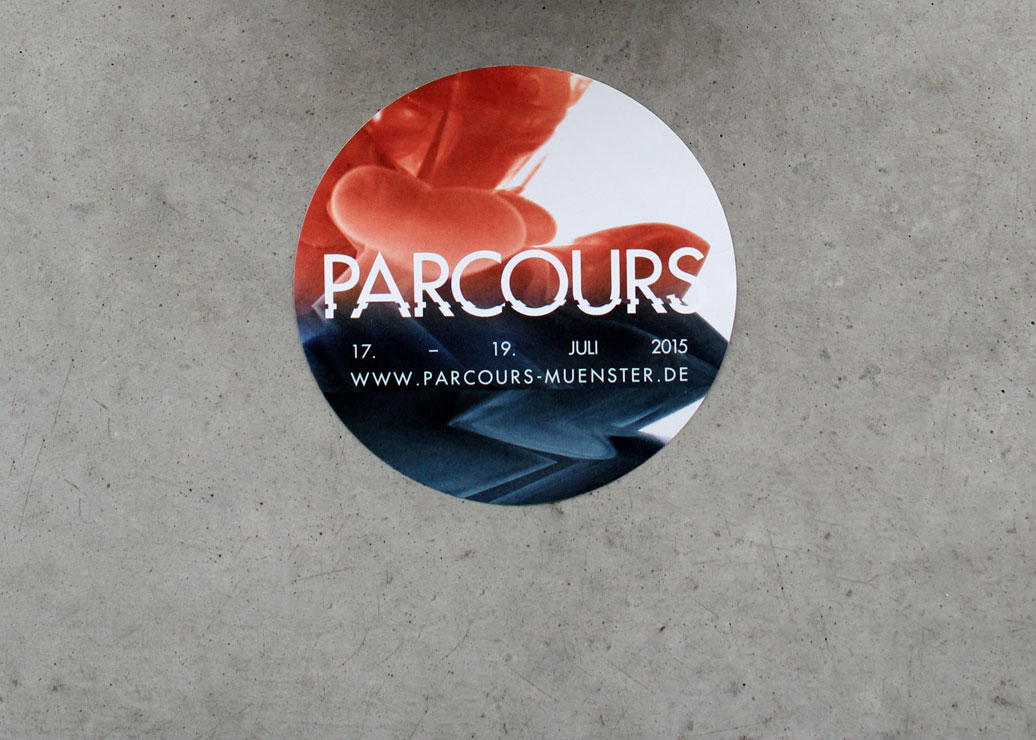 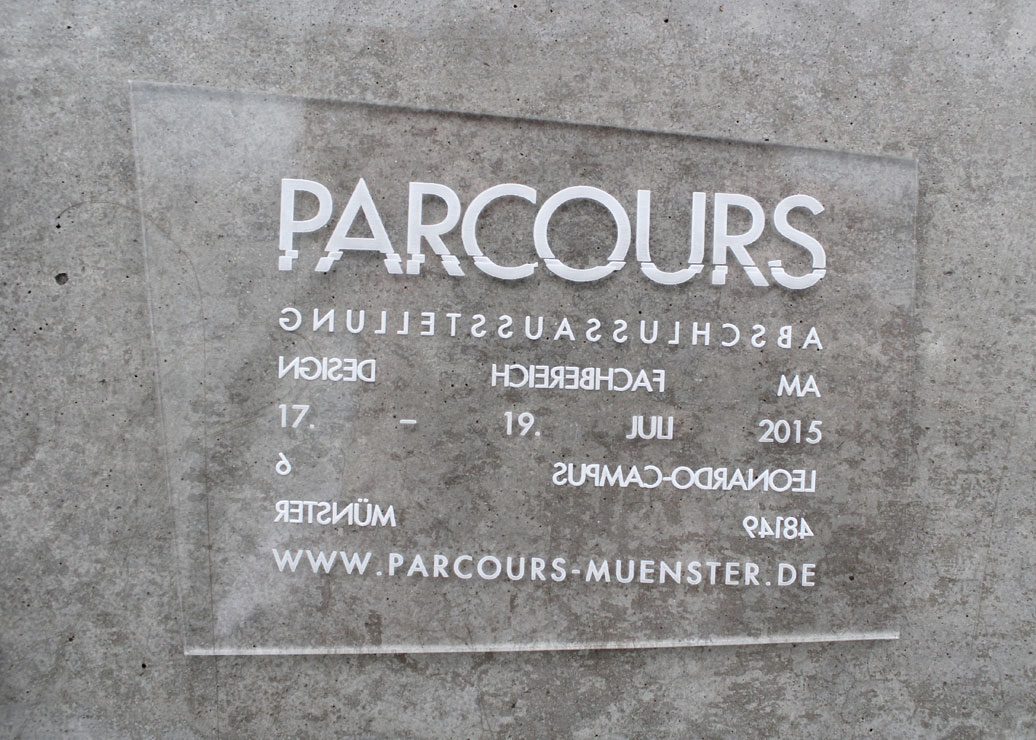 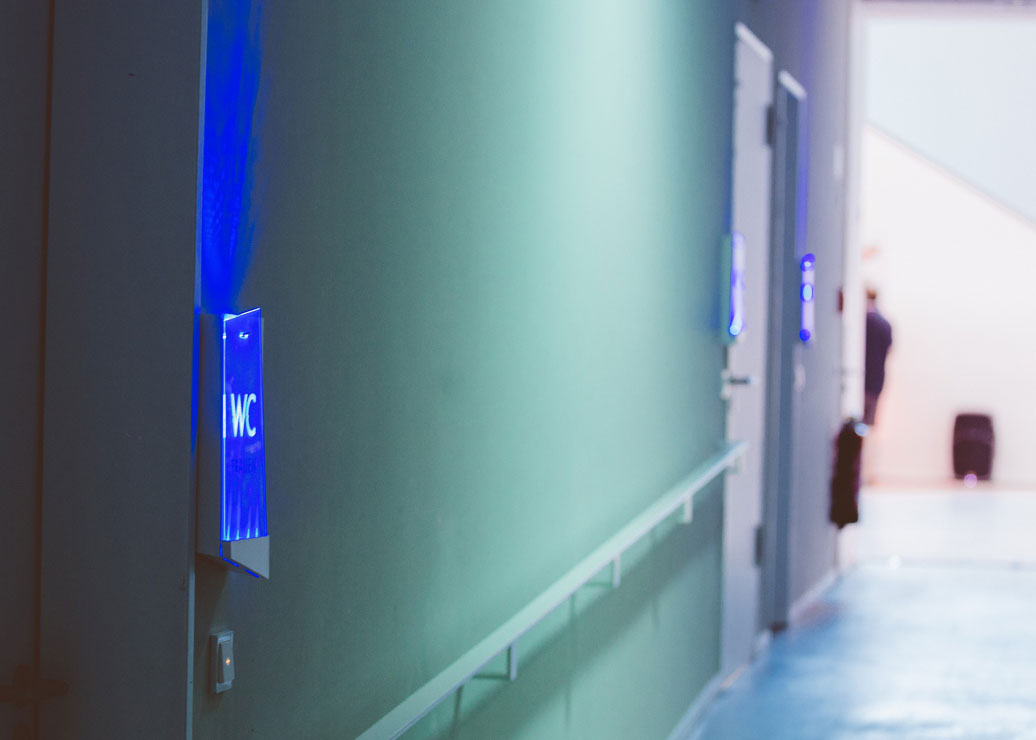 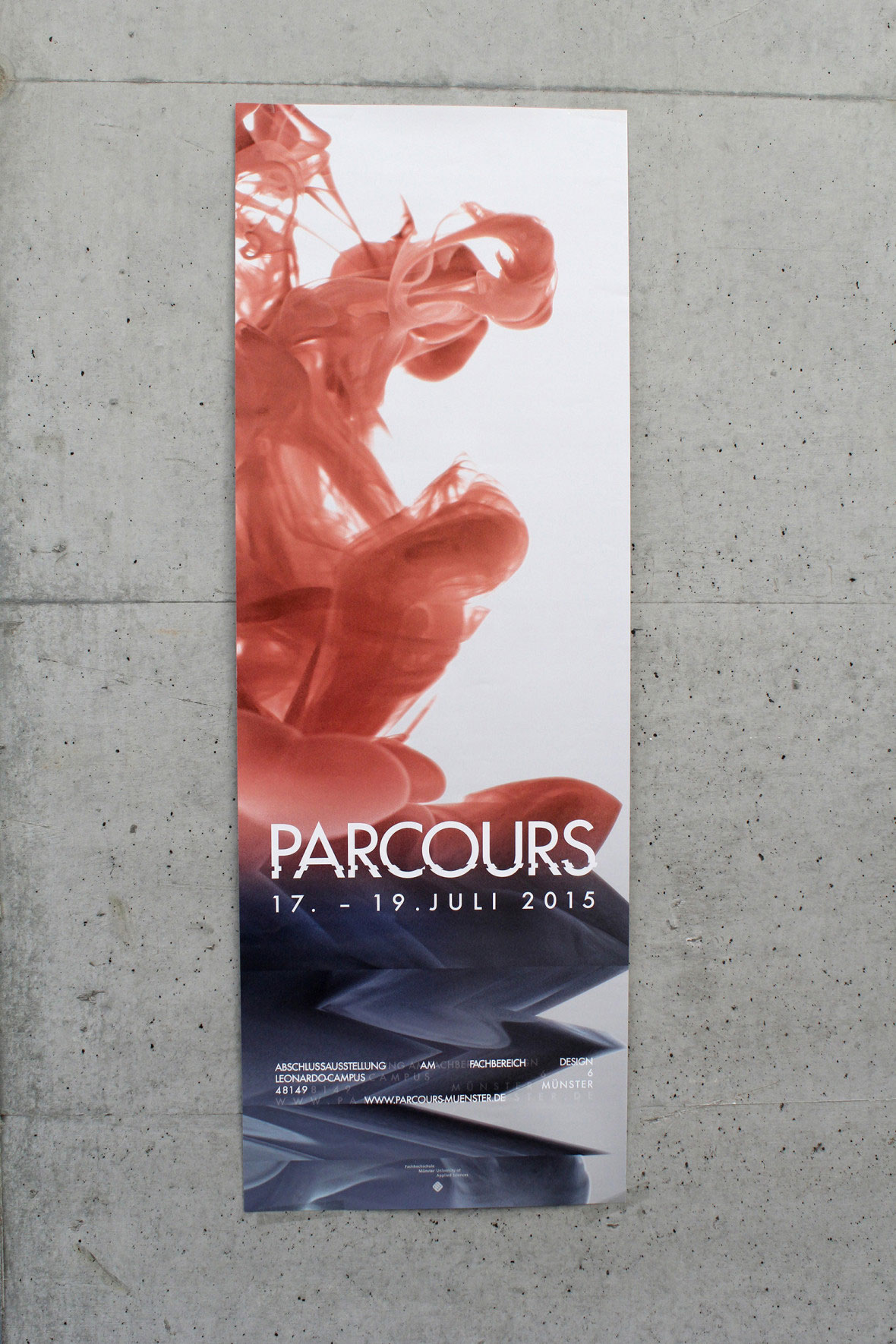 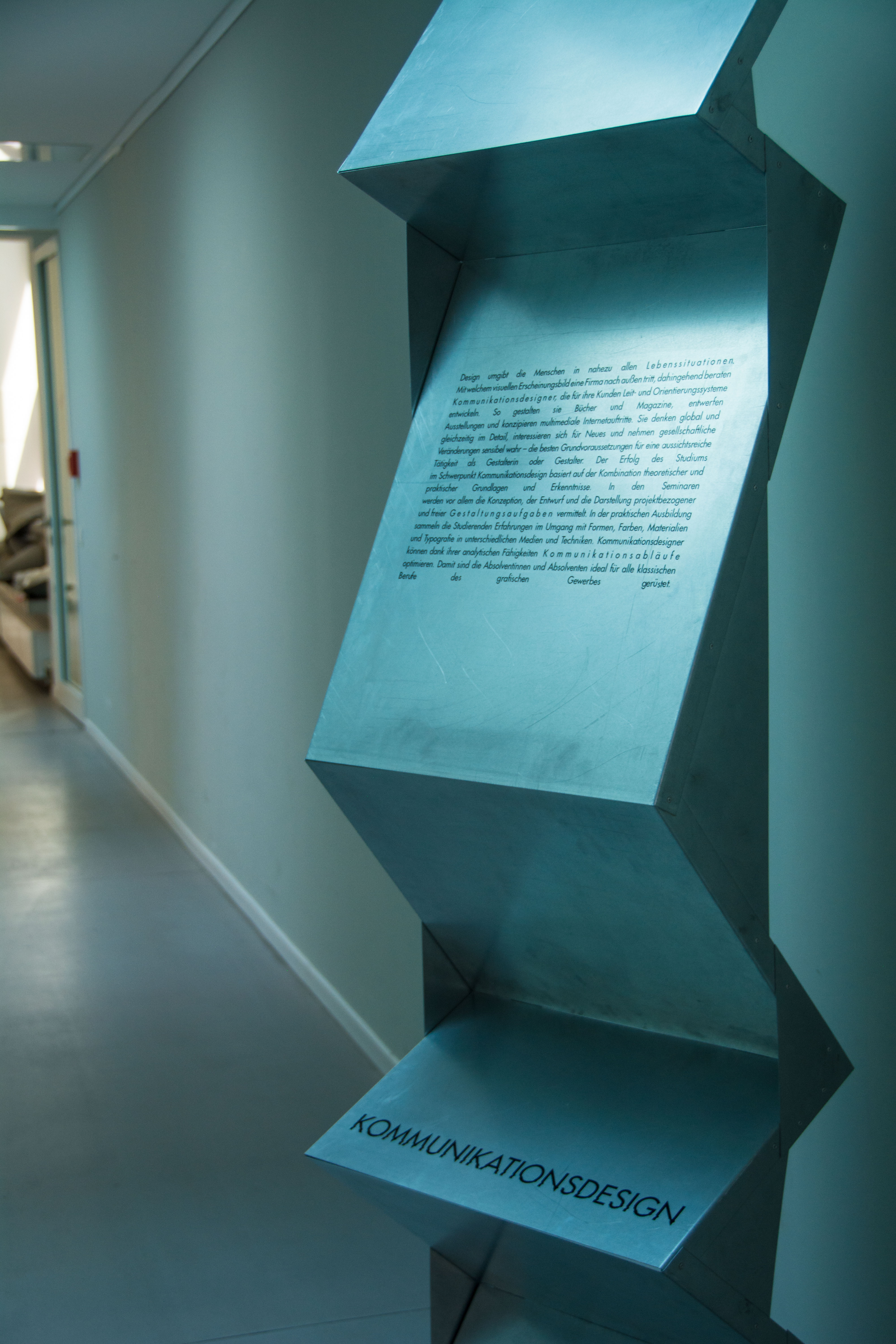 "Inhale. Pause. For this one moment taking stock at yourselve. The surroundings are blending out. Right now, the memory of eternity emerges. The time seems to stand still for this one moment - and yet it still flows on.

It's PARCOURS 2015 at the Design Faculty.

Exhale, applause, goosebumbs, glaring light, one crackle, like electricity in the air. It is the moment of graduation. An end, that has been a long way away and which, now, outruns the alumni. The moment, in which the trusted becomes uncertainty. In which imagination and reality seperate. In which change becomes tangible. The M O M E N T, in which the future begins."

Parcours is the Bachelor- and Master closing exhibition at the Design Faculty at the Fachhochschule Münster. In a team of fellow students from different semesters I was responsible for the closing exhibition's design and organisation in winter semester 2015/16.

Together we developed the Keyvisual, which consists out of ink, which falls into water and which changes its color from red to blue. The blue color changes over into a "Glitch". The idea behind this was, to highlight the moment of the closing exhibition in whic the future seems uncertain, as a lot of alumni at this point don't really know what awaits them after their studies. The blue colour symbolises uncertainty, whereas the red colour highlights the comfort within their study.

The exhibition's composition, the outdoor advertisement and the development of the trailer, as well as the alumni interview's co-creation have been my biggest fields of duty.

For the poster deign we decided to use an unusual portrait format. The flyer format fulfilled the purpose to highlight the font's character, what we could efford by putting them on transparent plastic cards which we imprinted in different ways.
In case of the development of the exhibition's design, I was involved in creating the booth, as well as in creating the focus-standees. The doorplate's development was belonged to my tasks as well. They insisted of a mix of polysterol and acryl. Later, the names were lasered into the acrylic glass, whereas the alumni's pictures were plotted on adhesive foil and later pastered onto the polysterol plates. We also used LED lights to assert the lasered font.

The result could be seen in wintersemester 2015/16 at the Design faculty in Münster. As the "Parcours"-course exists, first and foremost, to design an unforgettable weekend for the alumni so that they can present their Bachelor- and Masterprojects to the broad public audience, the exhibition itself is the result of this time-consuming project.